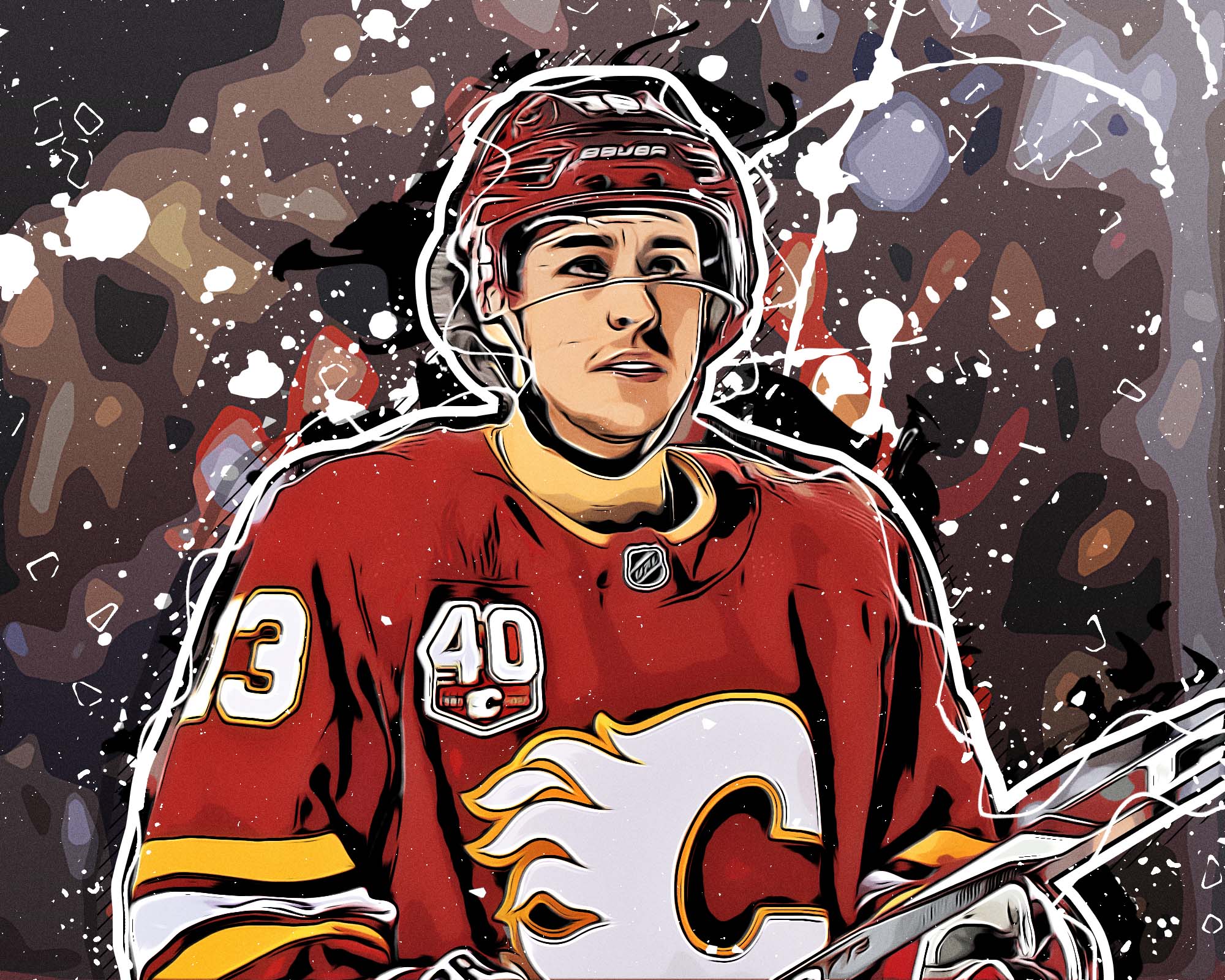 In the 45th episode of the Fantasy Hockey Hacks Podcast, the FHH team discusses the 17th week in the NHL – John’s List & Fantasy Lock Of The Week, Headlines With The Hacks, Ask The Hacks, and Edge Work (Schedule Notes, Week 17 Waiver Wire Picks). Subscribe to our podcast on all major directories; and stay up to date with the latest in fantasy hockey news and fantasy hockey advice. Be sure to visit LeftWingLock.com, the best source for fantasy hockey intelligence; and The Hockey Podcast Network for more great hockey-related content.

David Pastrnak hit the 20-goal mark again with his NHL-leading 12th tally since the calendar flipped to 2022.#NHLStats: https://t.co/aootWvt7MS pic.twitter.com/WdVzMV0J5V

Nick Foligno (BOS – L): Has suffered an upper-body injury and will not return to the game. https://t.co/iP4BEDKg3W #nhl #NHLBruins

100 CAREER POINTS FOR KIRILL THE THRILL

25 men have been selected to represent 🇨🇦 at the 2022 Olympic Winter Games.

Mike Yeo will remain #Flyers head coach through the remainder of the season.

Tonight will mark 965 consecutive games playing the sport he dreamt about growing up.

Keith Yandle credits good fortune & a deep love for the game as drivers behind the NHL-record “Ironman” streak, which he can capture sole possession of today. #NHLStats: https://t.co/N5uom9wsC8 pic.twitter.com/0r1dXEH1Li

Mackenzie Blackwood (NJD – G): Has been placed on IR due to a heel injury. https://t.co/0J7p0unGFL #nhl #NJDevils

Word is Drake Batherson could be out long term. Thoughts? 🤔 pic.twitter.com/SIndxrLNDB

Flyers GM Chuck Fletcher said earlier it will be Claude Giroux‘s decision whether or not he wants to be traded to a contender this season. As I mentioned on @NHLNetwork last week, Giroux will discuss his options and future with agent Pat Brisson during the All-Star break.

Nathan MacKinnon left the ice after a big hit from Taylor Hall.

In the end, Hall received a two-minute penalty for interference. pic.twitter.com/dVIn1etL8W

The score sheet says 62 shots on goal for the @NHLFlames – and that is a new single-game franchise record (regular season or playoffs).#NHLStats: https://t.co/RIt0CFgSa0 pic.twitter.com/zyFLPBBCNs

Jack Campbell made 17 saves and denied two shootout attempts to reach the 20-win mark in a season for the first time in his NHL career.#NHLStats: https://t.co/RIt0CFgSa0 pic.twitter.com/QdTEtZV6Ro

Transactions: The Vancouver Canucks announce today that Thatcher Demko, Jaroslav Halak, and Conor Garland have been removed from COVID protocol. Demko will join the team in Calgary.

The Arizona Coyotes are working on a deal to play at a 5,000-seat arena at Arizona State University, Craig Morgan of PHNX Sports reports. The team is looking for a new home as its deal with Glendale is set to expire.https://t.co/n4qsTZ5s6S

Congratulations to #NHLJets forward Adam Lowry who will be playing in his 500th career NHL game tonight. pic.twitter.com/7x6oqiva3z

Aleksander Barkov recorded his 200th career goal and 500th career point, becoming the first @FlaPanthers skater to score 200 tallies with the club and the second to register 500 points after Jonathan Huberdeau.#NHLStats: https://t.co/fhGc2cx3mQ pic.twitter.com/sPc8rGjVlz

Adam Fox on IR means he’s out until after the All-Star break and the #NYR two-week layoff. Will miss at least three games. No official word but sounds as if he won’t be available for All-Star weekend. 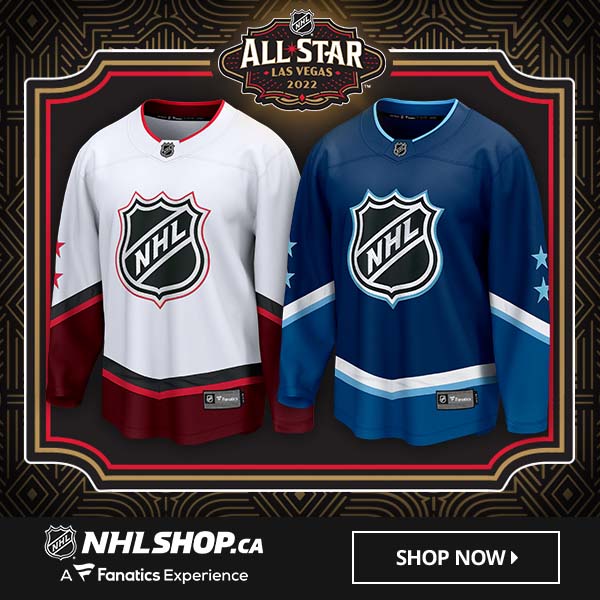 The #Oilers have agreed to terms with forward Evander Kane on a one-year contract. #LetsGoOilers

Tuukka Rask (BOS – G): Will not dress for tonight’s game. He has a lower-body injury and is considered day-to-day. https://t.co/fyTk8umnYj #nhl #NHLBruins

What a moment. Absolute chills as Henrik Lundqvist steps onto The Garden ice for the first time tonight #30Forever pic.twitter.com/JBV0qXcRs2

TONIGHT: Sergei Zubov’s No. 56 will be lifted to the rafters at American Airlines Center as the @DallasStars commemorate his 12 seasons with the franchise. #NHLStats pic.twitter.com/AJpc2VhCKs

Michael Bunting scored a hat trick for the @MapleLeafs on Scotiabank #HockeyDay in Canada, which is being hosted from his hometown of Scarborough, Ont. 🎩🎩🎩#NHLStats: https://t.co/H5y7aDGwoS pic.twitter.com/BKpgGDr4EN

Carey Price (MTL – G): Should know in the next couple of weeks if he will be able to return this season. https://t.co/jc08gktRlG #nhl #GoHabsGo

With the NHL All-Star weekend coming up on February 4th, there are no regular season games taking place from Thursday to Sunday. As a result, the upcoming week (January 31 – February 6) will be extended into next week (February 7-13). We’ll cover off the second part of week 17 on episode 46, which will be available on Monday, February 7th. For the upcoming week there are a grand total of 20 games on the schedule. Chicago, Detroit, and Edmonton play both of their games on light days (Monday/Wednesday), and offer some added fantasy appeal for the upcoming week. Boston (-41), Calgary (-25), Colorado (-53), Los Angeles (-14), Minnesota (-21), Nashville (-14), New York Islanders (-31), Toronto (-27), Vegas (-33), Winnipeg (-33) have favourable schedules based on Left Wing Lock’s strength of schedule tool.