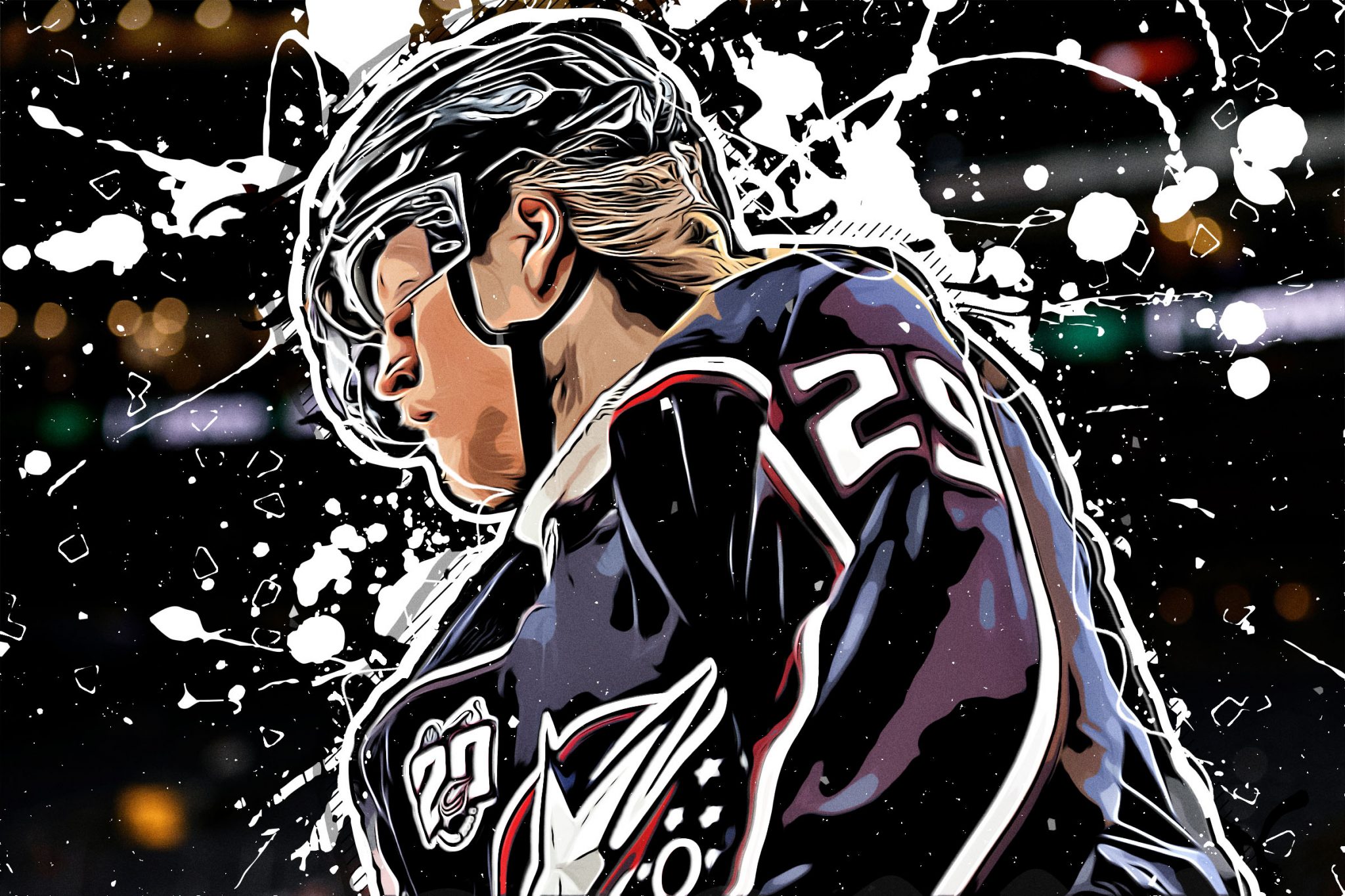 In the 47th episode of the Fantasy Hockey Hacks Podcast, the FHH team discusses week 18 in the NHL – John’s List & Fantasy Lock Of The Week, Headlines With The Hacks, Fact or Fiction Feat. Mike McLaughlin (Left Wing Lock), Ask The Hacks, and Edge Work (Schedule Notes, Week 18 Waiver Wire Picks). Subscribe to our podcast on all major directories; and stay up to date with the latest in fantasy hockey news and fantasy hockey advice. Be sure to visit LeftWingLock.com, the best source for fantasy hockey intelligence; and The Hockey Podcast Network for more great hockey-related content.

Jack Eichel is officially out of the no-contact jersey.

He’s skating on a reserve line with Patrick and Amadio, wearing green. pic.twitter.com/LgINHizZmX

A big one tonight!

Auston Matthews has now been credited with the Leafs’ first goal of the night. https://t.co/GazanaTveV

Nikolaj Ehlers (WPG – L): His return to the lineup might not happen for another 2-4 weeks. https://t.co/veArYag1zQ #nhl #GoJetsGo

All smiles for @Wally9191 😃 pic.twitter.com/nRE3tax3Cj

David Pastrnak scored his 15th and 16th goals since Jan. 1, the most among all players over that span.#NHLStats: https://t.co/Pdtbc80P0m pic.twitter.com/oHfhOFxjov

This isn’t good from Marchand in the final minute of the game. Punch + stick swing on Jarry pic.twitter.com/yrq9Ek8o4i

Hearing Dave Tippett is out in Edmonton. More to come…

Nikita Kucherov (TBL – R): Is expected to be in the lineup for today’s game. https://t.co/P2QIp929NE #nhl #GoBolts

As mentioned on THE POINT on ESPN2: Multiple sources have told me that Jack Eichel could return to the ice for @GoldenKnights on Feb. 16 vs. COL (National TV, btw) or vs. LAK on Feb. 18. Critical weekend of fitness evaluation … as well as some cap moves to fit him in. (1/2)

BREAKING: AZ Board of Regents has approved capital development plan for ASU’s multi-purpose arena that includes Coyotes’ added team areas at NE corner.
ASU will be Coyotes’ temporary home for at least 3 seasons (approved for more) as they await word on proposed Tempe arena. pic.twitter.com/WU7KyT1K8u 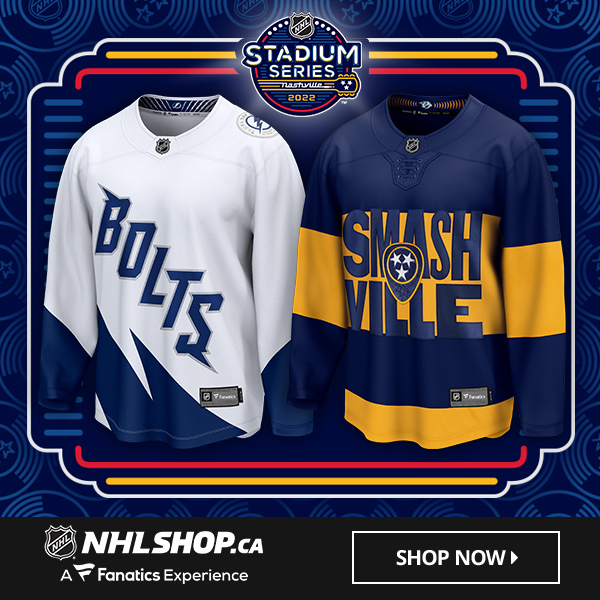 Injury update: Philadelphia Flyers center Sean Couturier had successful back surgery this morning at Pennsylvania Hospital by Dr. Jon Yoon. He will be out for the remainder of the season. https://t.co/pnA6uNlvI6

Through 49 games, Moritz Seider (5-27—32) has already recorded the sixth-most points by a rookie defenseman in @DetroitRedWings history. #NHLStats: https://t.co/yzrRQjcaHt pic.twitter.com/VES9jW5wKB

Dougie did not travel with the team on their just-completed 3-game trip.

Jeff Skinner is just the 4th #LetsGoBuffalo player with 4 goals in a game in the last 28 years:

The Minnesota Wild enter this weekend with the second-best points percentage in the Western Conference at 70.2% (5th in the league). They sit comfortably in 3rd place in the Central Division and have a +39 goal differential. Can you rely on a similar points percentage in the second half of the season as you evaluate their goalies for fantasy hockey?

Cam Talbot and Kaapo Kahkonen are tied for 8th in the league in winning percentage by goalies at 67%. It’s a great feeling for fantasy hockey managers to throw their goalies in the lineup knowing, with 67% confidence, that they’ll come away that night with a win. But will this continue? Let’s have a look at some goalie-level and team-level metrics to better understand the question.

Fiction. Minnesota’s first half of the season was boosted by scoring luck (at even-strength) and some above-average goaltending on the penalty kill. Even allowing for Minnesota to finish at a near-record pace of 9.5% shooting, the goaltenders will see their win percentage drop below 58% in the second half of the season due to the factors mentioned above.

1One win in the NHL is equivalent to 5.43 in goal differential.

2In the past 13 seasons, or 396 total team seasons, there have been just five instances of a team shooting with 10% success or greater. Minnesota accounts for two of these five. Only twice has it happened in a full season – Washington.

Timo Meier (92% owned) has scored 47 points in 41 games played (on pace for 94 points – the highest rate of his career). Can fantasy hockey managers count on the San Jose forward for similar production in the second half?

Fiction. Meier’s usage this season has been great for fantasy managers. He’s seeing an extra 2 minutes of ice time at even-strength and 45 extra seconds on the power play. He’s jacked up his shooting production to over 4 shots per game. But, he has multiple red flags that warn of an impending slowdown. The lucky tEVSH% and IPP reveal themselves in the abnormally high primary and secondary assist rates for Meier. His drop-off in the second half could be sharp.

Brock Boeser (74% owned) has scored 25 points in 42 games played (on pace for 49 points – the lowest rate of his career). Can fantasy hockey managers count on the Vancouver forward for an increase in production in the second half?

Fact. Boeser’s behavior and usage are in line with previous season. This means that bad luck has been mostly responsible for his first-half production, I anticipate a nice boost for Boeser in the second half. I see him playing at 66-point pace the rest of the way compared to his 49-point pace in the first half.

*Of all NHL players who have played at least 40 games this season (that’s 350 players), Boeser has the lowest tEVSH% in the league.

Next week’s schedule features 46 NHL contests, and provides balance throughout the week – the minimum number of games played on any one day is 4. Tuesday and Thursday will be particularly busy with 9 and 10 games respectively. The Minnesota Wild need to be on the radar of fantasy managers for next week, as they play all 4 of their games on light days (fewer than 50% of teams playing; generally Monday, Wednesday, Friday, Sunday). Other teams of note that play all of the majority of their games on light days include: Edmonton, Chicago, Winnipeg, Carolina, Florida, and Las Vegas.