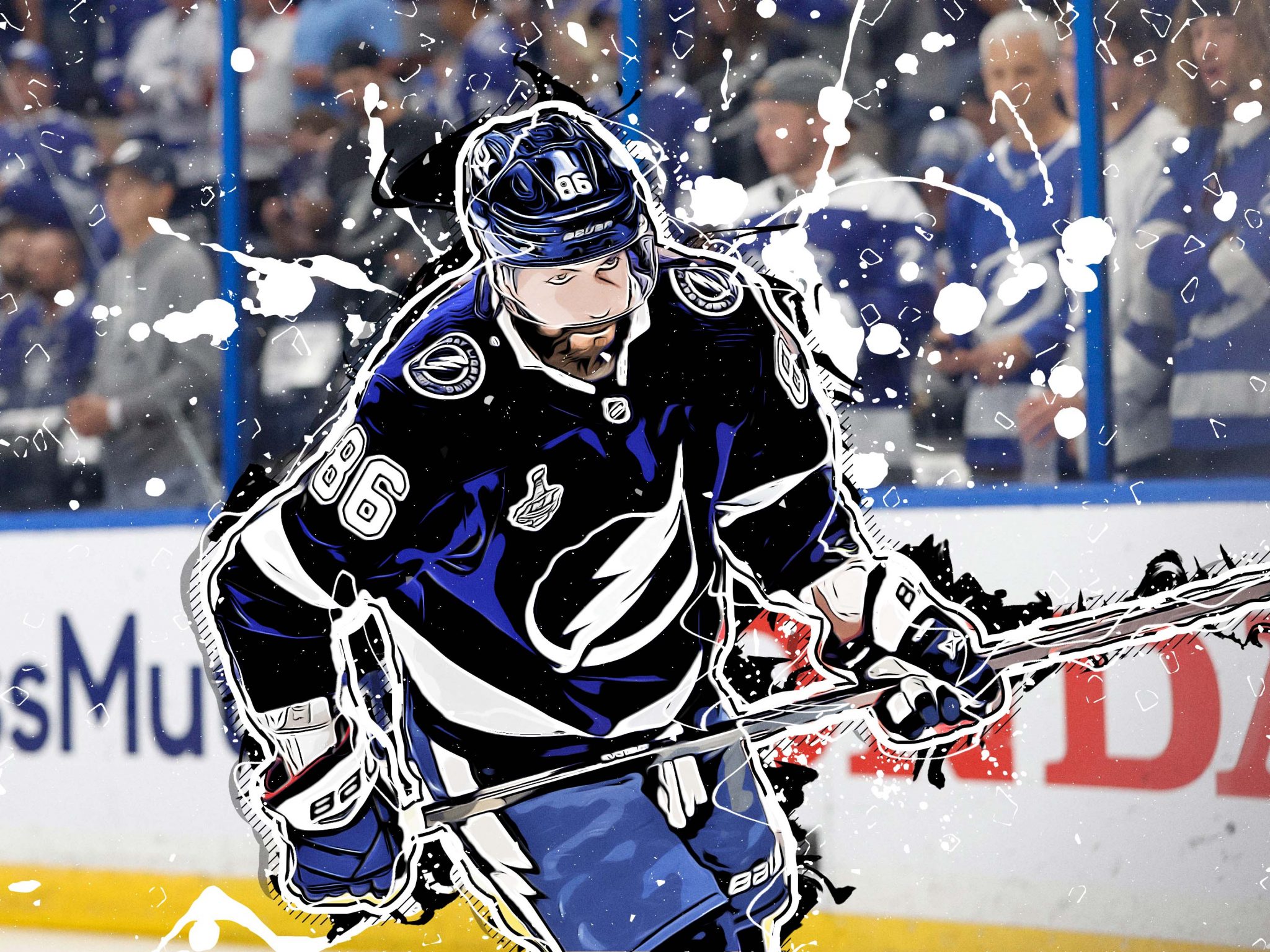 In the 56th episode of the Fantasy Hockey Hacks Podcast, the FHH team discusses week 25 in the NHL (playoffs start for many) – John’s List & Fantasy Lock Of The Week, Headlines With The Hacks, Fact Or Fiction Feat. Mike McLaughlin, Ask The Hacks, and Edge Work (Schedule Notes, Week 25 Waiver Wire Picks). Subscribe to our podcast on all major directories; and stay up to date with the latest in fantasy hockey news and fantasy hockey advice. Be sure to visit LeftWingLock.com, the best source for fantasy hockey intelligence; and The Hockey Podcast Network for more great hockey-related content.

The Colorado Avalanche will be without Nathan MacKinnon for at least Tuesday’s game against the Calgary Flames, after the star forward returned to Denver for further evaluation of an injury he may have sustained in a fight during Sunday’s contest.https://t.co/NKbsUkiXCc

“They got the results this morning, and unfortunately they weren’t the results we were looking for. … Someone else will have to step up, and it creates opportunity.”

taylor hall with the only penalty pic.twitter.com/UCyxz44mO5

“It’s special to be able to produce in this league, it’s not an easy thing to do and I recognize that.”@EdmontonOilers’ Connor McDavid talks about not being focused on reaching the 100-point milestone and just wants to win: pic.twitter.com/F7rNUB1qrZ

Here is all 50 of Auston Matthews’ goals (so far) this season for your personal enjoyment: pic.twitter.com/YeiBWH8pdt

The most assists ever in a season by a left winger?

Cole Caufield (@CanadiensMTL), who led all rookies in goals, points, power-play goals (tied), power-play assists and power-play points, has been named the NHL’s “Rookie of the Month” for March.#NHLStats: https://t.co/tnoxM2hOvs pic.twitter.com/jNy4YSl75Y

This is the altercation Trevor Zegras is referencing. ⬇️ pic.twitter.com/EyOdn35bMU

Keith Yandle on being a healthy scratch for Saturday’s game, ending his Ironman streak at 989 games. pic.twitter.com/9tRb1PL14K

Kirill Kaprizov sets the @mnwild record for most points in a single season with an 🍎! 👏 pic.twitter.com/MNq8kQZ4PR

Connor McDavid reached 40 goals in a season for the third time in his NHL career. Only three players in franchise history have more 40-goal seasons with the @EdmontonOilers: Wayne Gretzky (9), Jari Kurri (7) and Glenn Anderson (4).#NHLStats: https://t.co/lpKocqmZcj https://t.co/gt1eTFJHMq

Since the last Fact or Fiction segment (February 13), the Arizona Coyotes have earned 19 points in 21 games (0.90 points/game). Prior to that, they had 28 points in 47 games (0.6points/game). This is a 50% improvement and comes at a time when the Coyotes would probably benet from losing and getting the high draft pick. Will Arizona maintain this point-per-game pace through the end of the season?

One way to approach this question is to look at both a team’s luck metrics and their puck possession. Specifically, we’ll look at this data from the stretch of February 14 through the present.

Fiction. Arizona’s recent stretch of earning a point per game in the standings over the past 21 games has been boosted heavily by luck (both in goal scoring and goaltending). They are getting heavily outshot (worse than at any point over their season) and still earning points. When this luck runs out, the Coyotes are going to lose and lose badly.

Anders Lee (54% owned) has scored 24 points in his most recent 25 games (since February 14). Compare that to his total of 40 points in 61 games on the season. Can fantasy hockey managers count on the Islanders forward for similar production in the month of April?

Fiction. Managers should take note that the Islanders have been running hot over the past 50 days and that Lee’s recent performance is buoyed by both a high personal shooting percentage and a high team shooting percentage while he’s on the ice. The Islanders have a tough schedule in all of the available playoff weeks for fantasy hockey. So, what might look like an attractive waiver-wire add could blow up in your face.

Sean Durzi (17% owned) has scored 24 points in 53 games played. Durzi has joined the top power play unit since Drew Doughty’s injury (March 10). What level of production can fantasy hockey managers count on from the Los Angeles defenseman in April?

We don’t have any career data for Durzi for reasonable comparisons. But, his numbers above all look ne (he’s not getting lucky by any reasonable standards). What is interesting though is that since February 14, Durzi has taken 50 shots on goal (2.1 shots/game) and has scored on just 2.0% of those shots.

Fact. With the bump in shot production and the fact that this bump is coming on the power play, the likely scenario is that Durzi starts to convert those shots into goals down the stretch. Los Angeles has a neutral schedule for the first two weeks of the playoffs and then come on strong in Week 3 with games against Anaheim, Chicago, and Anaheim.

Note: Doughty is skating again and has recently started light work with the puck. His eventual return (which will be handled cautiously given LA’s playoff standing) will lower Durzi’s ceiling later in the month.

Week 25 in the NHL features a total of 53 games on the schedule, and also happens to be the first week of fantasy hockey playoffs for some leagues. For many others this will be the final week of the fantasy hockey season, and still plays an important part for many in determining playoff positioning. Tuesday, Thursday, and Saturday are packed with 10, 10, and 12 games respectively. Tampa Bay is the only team next week that plays 4 games on “light days” (50% or fewer of NHL teams are in action) and should be a target for fantasy managers looking to optimize games played. Boston, St. Louis, and Winnipeg play 3 games on light days; while Buffalo, Carolina, Calgary, Anaheim, Los Angeles, Minnesota, and Washington all play 2 games on light days. Chicago and Vegas are the only teams that play just two games next week.