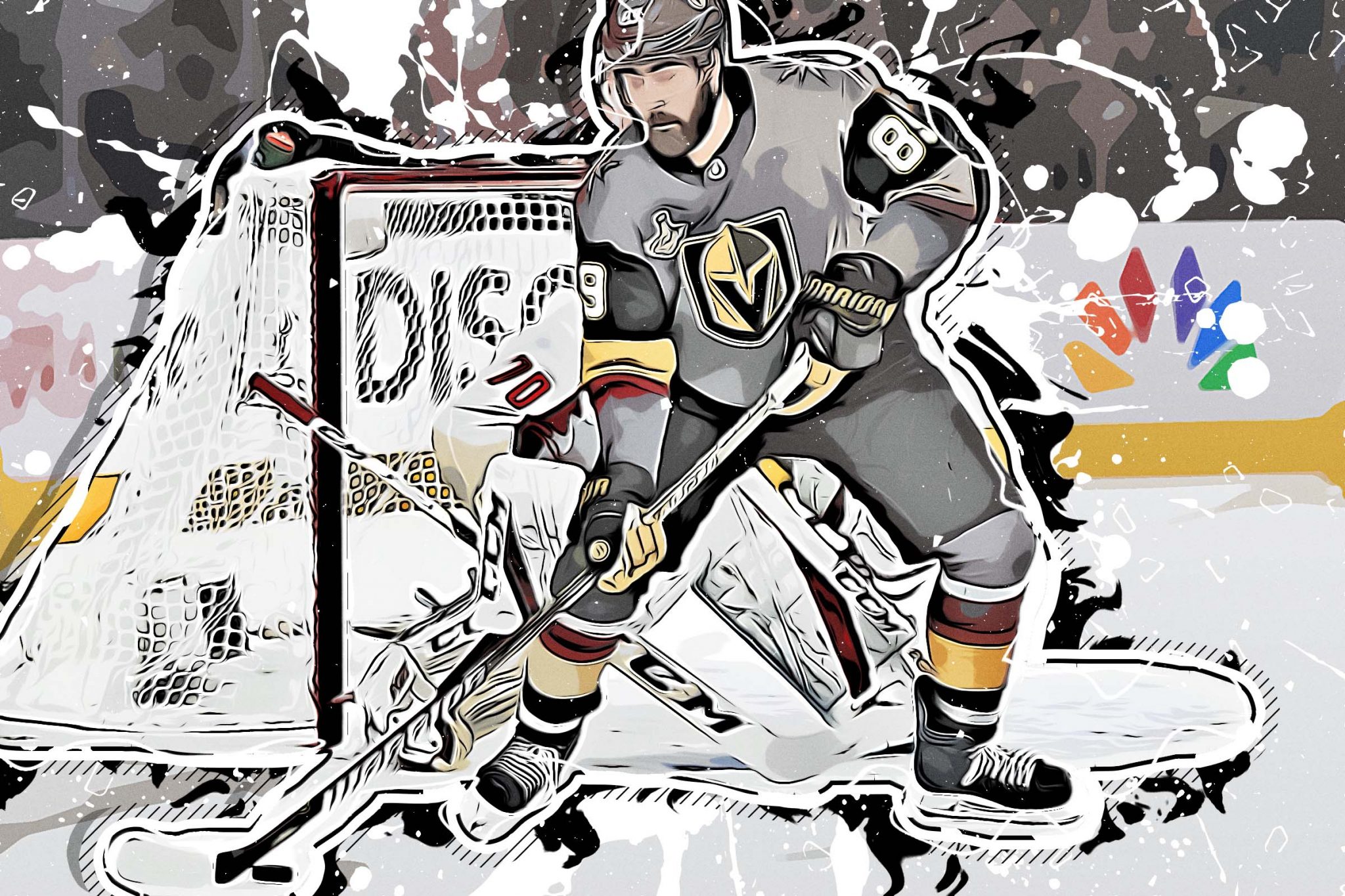 In the 40th episode of the Fantasy Hockey Hacks Podcast, the FHH team discusses a framework for evaluating fantasy hockey players. Given that the NHL has essentially been on pause since December 21st; we felt that this was a good opportunity to do something a little different. Mike McLaughlin, our partner over at Left Wing Lock, joins the team for this special episode that takes an analytical approach to evaluating the best players for your fantasy roster. Also, we introduce an exciting new segment that Mike will be covering for us every month – so be sure to tune in for that!  Subscribe to our podcast on all major directories; and stay up to date with the latest in fantasy hockey news and fantasy hockey advice.

One of the first things that I will check when evaluating whether to acquire a player (either through the waiver wire, or by trade) is who are his line mates? Is he playing with those line mates consistently? LeftWingLock.com and the Left Wing Lock app are great tools to quickly check line combinations from a previous game, 3 games, 10 games, or all season long. Check line production, and review possession metrics (SAT%, USAT%), Goals-For Percentage (GF%), and Zone Start Percentage (ZS%).  Natural Stat Trick also has a line tool to evaluate how much time a particular line has spent together on the season, and includes similar possession metrics.

After establishing who said player is skating with, and whether they have been productive together; I like to review the player’s deployment on the ice. Is he seeing a ton of offensive zone starts? What quality of competition is he facing? How much power-play time is he receiving? Again, our friends over at Left Wing Lock have a useful Player Usage Chart that illustrates quality of competition, player time on-ice, zone starts, and whether or not they are outshooting their opponents.

When assessing a player’s overall value compared to another, it’s always best to do so objectively by reviewing the underlying numbers. This portion of the framework will provide details on specific metrics that the team at FHH and Left Wing Lock review when evaluating a player’s fantasy value. Similar to the Player Usage Chart mentioned in the previous section, Left Wing Lock also has a Possession & Luck (“Pluck”) Chart available that combines possession and luck data for NHL teams into one easy-to-read chart. Mike will discuss further in this section of the framework.

Why: The league average is ~8.5%, so any number extremely high or low would be expected to regress eventually. This number can also be used to evaluate past performance and assess whether a player is performing within career levels or not.

Why: This is an important metric to identify players that are performing above, or below, expected levels based on league averages.

What: As ice-time is not equal across all players in the NHL, Points Per 60 is a great metric to assess how individual players are performing with the time on-ice that they are given. Essentially levels the playing field with regards to ice time.

Why: This metric helps to level the playing field when it comes to time on ice for individual players.

What: IPP measures how often a player earns a point while his team scores when he is on the ice. The calculation for IPP is rather simple; you take the number of points awarded to Player X and divide it by the number of goals scored by Player X’s team while he was on the ice. Multiply that fraction by 100 and you have your IPP value. Typical values of IPP are 70% for forwards and 30% for defensemen. Of course, elite players will exceed these values.

Why: The example discussed during the show was Matt Duchene, who saw his IPP regress positively from last season.

What: What percentage of a player’s assists are secondary (first of two players to touch the puck prior to the goal scorer) versus primary?

Why: This is an important metric to note given that secondary assists are much less reliable/volatile. Compare current season rate or percentage to the past three seasons for a specific player to establish a baseline performance. Mike mentioned a few specific examples, including Jonas Donskoi and Troy Terry. The benchmark for secondary assists rate is 1.00 A/60, so any player whose rate is above 1 is likely to regress.

Why: For me this is a helpful, straightforward metric for how many chances an individual player is creating to score during the course of a game. You can review this game by game, or over the course of a season. Can be helpful when assessing trade values.

What: What percentage of a player’s total points are collected at even-strength – play where both teams have the same number of players (including goalies) on the ice. Includes 5v5, 4v4, 3v3, as well as when teams have pulled the goalie to turn 5v5 into 6v5, 4v4 into 5v4 or 3v3 into 4v3.

What: A goaltender’s save percentage at even-strength.

Why: The league average for NHL goaltender even-strength save percentage is approximately .925%.

Why: Knowing that a goalie’s average save percentage on the penalty kill will regress to the mean (up or down)of 86.5%, fantasy managers can better assess a goaltender’s current performance based on underlying numbers.

What: A cumulative metric that shows a goaltender’s performance relative to the league average. For example, Connor Hellebuyck’s GSAA since October 21st is 8.1120, this indicates that Hellebuyck saved 8 more goals than an average goaltender would have.

Why: A simple metric to assess a goaltender’s performance relative to an “average” NHL goaltender. As Mike mentions during the episode, these metrics are not perfect based on how the data is collected; however, this metric can provide a simple comparison from one goaltender to another.

What: Two of the most important statistical ideas that you can use to analyze a team are possession and luck. Possession stats tell us which teams are  consistently outshooting their opponents. Measurement of luck tells us which teams are playing beyond their means.

This one is pretty straight forward – I will review the player’s production to date in all relevant categories for my league. Additionally, I review to see if that production is consistent with what the player has done over the past 3 seasons, and throughout his career (more weight is given to results seen in the three most recent seasons). Is the production sustainable? Or is the player simply on a heater? All of the points discussed in “Analytics & Luck” will help to determine the sustainability of a player’s production.

We have mentioned this in past episodes and on Twitter, but Left Wing Lock has a very useful strength of schedule tool that will help fantasy managers to identify which teams have the strongest schedule in any given week.

Additionally, I always like to assess whether a player has better results at home or on the road, against a particular opponent, and what does their schedule look like during the playoffs? Obviously volume becomes crucial in the final few weeks of the season, so always keep that in the back of your mind. 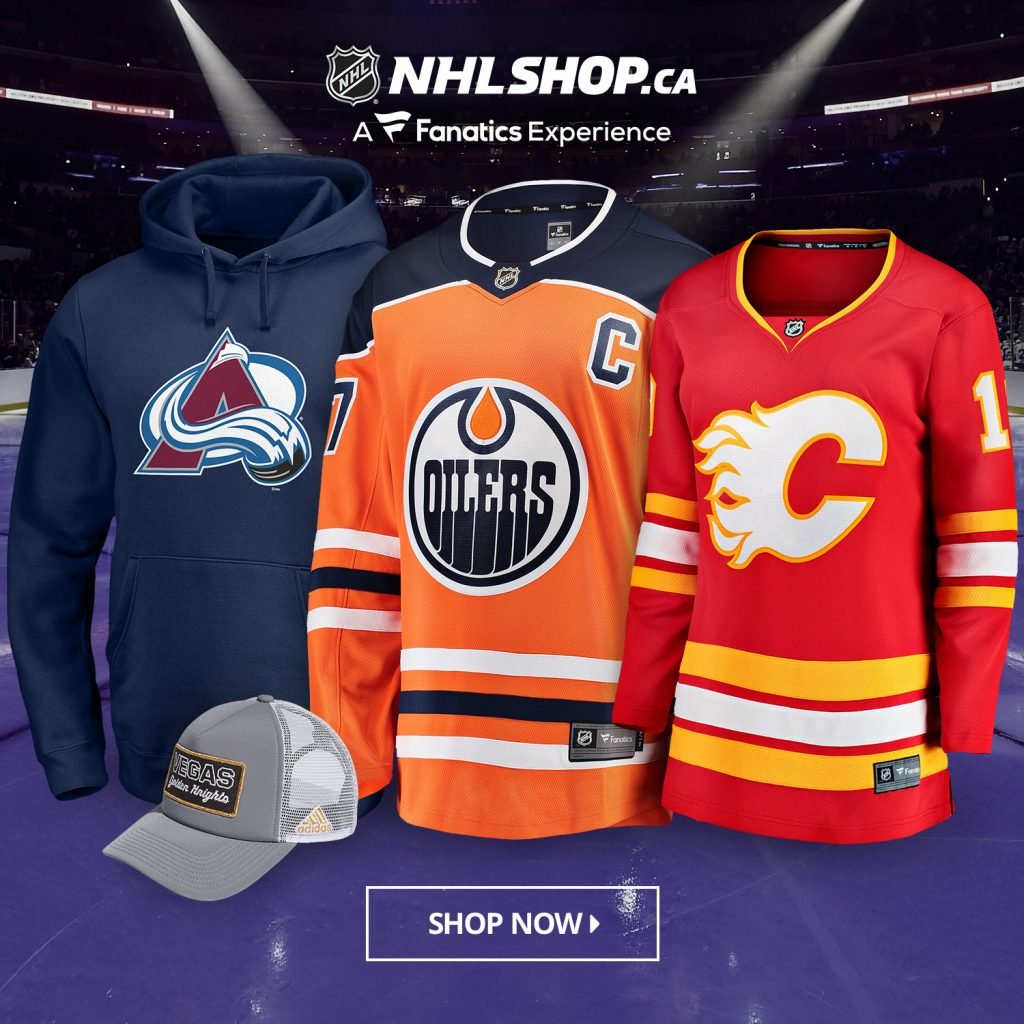 Introduction to Fact or Fiction With Mike McLaughlin

As many of you know, the Fantasy Hockey Hacks podcast recently became the official podcast of Left Wing Lock; and we mentioned in a previous episode that a new segment was coming once we finalized the details. I’m excited to say that we have nailed down the format of that new segment, and we’re calling it Fact or Fiction. Mike, since this is essentially your segment, would you care to tell our listeners what it’s all about?

The idea here is to highlight interesting cases where teams and individual players are performing at levels that may or may not be supported by the data. Each week we will cover three different scenarios involving a team, forward, defenceman, or goalie. Below is one such example that Mike has provided.

The Red Wings enter this weekend as a wildcard team in the Eastern Conference. Can you count on their current standings position as you evaluate their goalies for fantasy hockey?

The Red Wings currently have a -18 goal differential through 28 games, but have somehow won nearly 50% of their games and hold the wildcard spot in the playoffs. We have a contradiction here that we must explore by digging a little deeper.

Fiction. The results don’t match the process. The Red Wings playoff position is a mirage of luck and they will quickly fall out of playoff contention. Their 50% win rate should not be relied upon for analysis of the team’s future.

If you have a particular case that you would like Mike to assess and discuss on the show, please email us at FantasyHockeyHacks@Gmail.com; or reach out to us on IG, FB, or Twitter.

Also: Review our recommended waiver wire picks for week 11, as much of the information found there will still be applicable to the extended week 11/week 12 schedule. 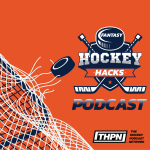