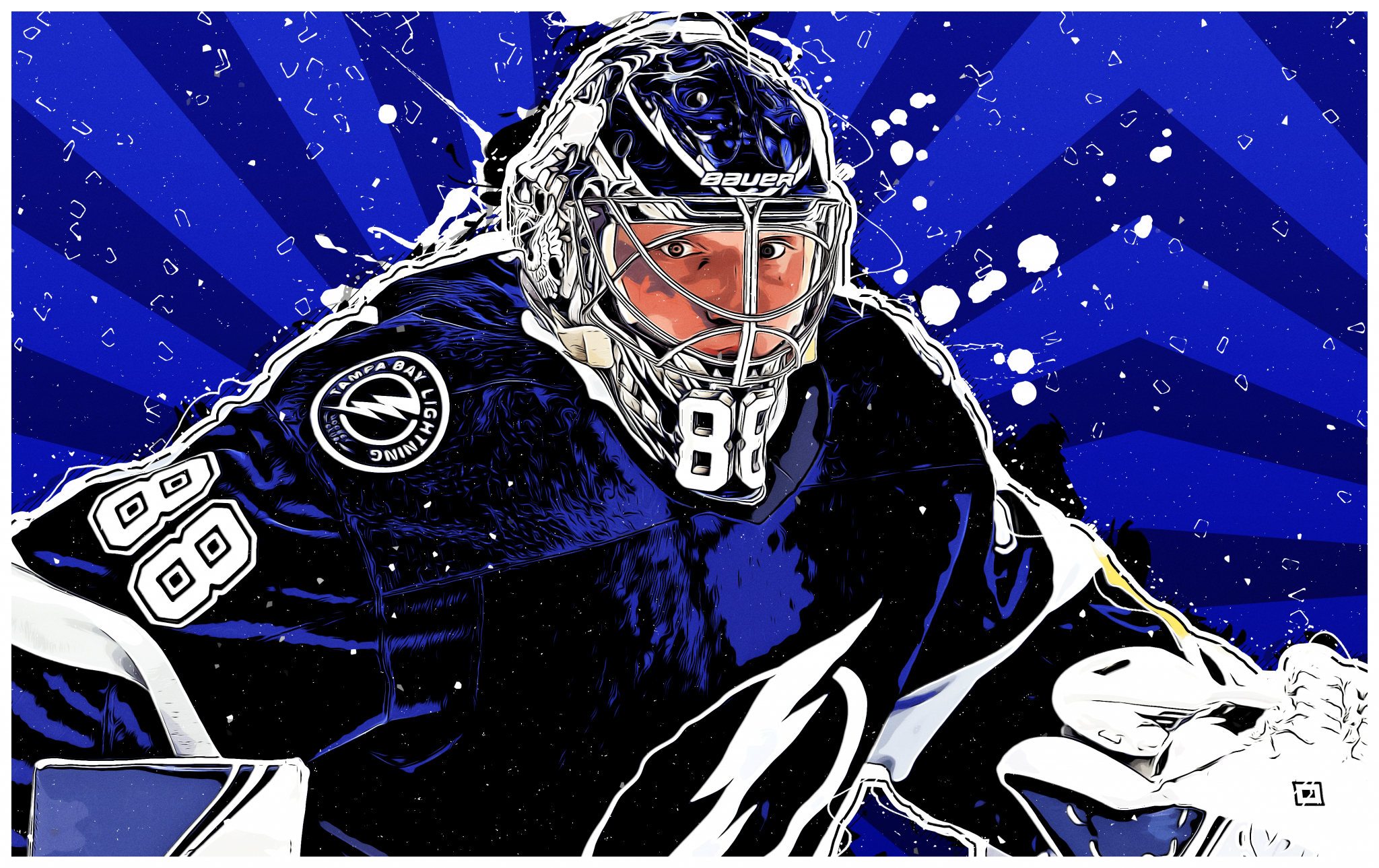 In the 22nd episode of the Fantasy Hockey Hacks Podcast; Devon, Bruce, and John conclude the How To Win Your Fantasy Hockey League series. In this fourth and final episode of the series, we’re going to discuss fantasy-relevant goaltenders for next season, including: bounce-back candidates, break-out candidates, which goalies have been the most productive over the past three seasons (in terms of Fantasy Points Per Game), and much more! Also, the Fantasy Hockey Hacks team is proud to announce our very first guest to the show, Nate Groot Nibbelink from ApplesAndGinos.com. Nate will be discussing the “Zero G” draft strategy, and how it could help you win your fantasy hockey league this season. You won’t want to miss this episode, be sure to download and listen wherever you listen to your podcasts.

August 26 | Andrei Svechnikov agreed to an eight-year $62M contract with the Carolina Hurricanes. The deal will pay him an AAV of $7.75M through the 2028-29 season.

Sean Couturier, signed 8x$7.75M by PHI, is an elite two-way centre who’s good at pretty much everything. #Flyers pic.twitter.com/yMO842gJ09

August 26 | Carey Price is expected to be ready when the Canadiens begin training camp next month after the goalie had knee surgery July 23, coach Dominique Ducharme said Thursday.

Carey Price is expected to be ready when the Canadiens begin training camp next month after the goalie had knee surgery July 23, coach Dominique Ducharme said Thursday.https://t.co/IHieaoo3KC

August 27 | The Carolina Hurricanes tendered an offer sheet to Jesperi Kotkaniemi for a 1-year $6.1M contract. Montreal has 7 days to match. According to Elliott Friedman, if Montreal does not match, Canadiens will receive a first- and a third-round pick as compensation. Will they match?

If Montreal does not match, Canadiens will receive a first- and a third-round pick as compensation

August 28 | According to Emily Kaplan from ESPN, it appears that the NHL, NHLPA, IIHF, and the IOC are closing in on an agreement to send NHL players to the 2022 Winter Olympics.

It’s been a moving target, but all signs point to a decision next week on whether NHL players are going to the 2022 Beijing Olympics or not.

Sources I’ve talked to suggest an agreement between NHL, NHLPA, IIHF & Olympic committee is close, just down to some final items.

Nate has been playing fantasy hockey for over ten years now and started Apples & Ginos Fantasy Hockey in March 2020. Nate’s focus is to help people improve their process via how they think about the game and make decisions. All of Nate’s articles are posted to www.applesandginos.wordpress.com. From there you’ll be able to find links to everything else including his Discord Server where he is answering questions from members every day!

What we discussed in the podcast:

Our friend Nate from ApplesAndGinos.com was kind enough to provide his goalie rankings for 2021-2022. You can download a copy of that spreadsheet here.

We have ranked the goaltenders by fantasy points per game (FPPG) over the past three seasons. ESPN’s standard scoring system was used to calculate fantasy point totals, and includes wins (5 points), saves (0.2 points), goals-against (-1 point), shutouts (3 points), and overtime losses (1 point) . As a rough guideline, we have broken the players out into “tiers”.

There is only one goaltender in tier “0”, Andrei Vasilevskiy. There are a number of very good to elite goaltenders in tier 1, many legitimate starters in tier 2, and loads of options at the replacement or streamer level in tier 3.

A metric from Dobber Hockey (https://frozenpool.dobbersports.com), a quality start is defined as: